Things I Would Do For a Beta Invite

There are things I like: Pandora, potato chips, dill pickles, Mythbusters.

There are things I crave: Diet Pepsi, Cheez-It Hot & Spicy, 5 minutes of QUIET.

And then there are things I’m desperate for: my husband (rawr!), and a Cataclysm beta invite.

I know there are a lot of good reasons to NOT be in the beta, but for me, I dig the secret. Being in the beta is like being in a secret club. I want to know the things they’re talking about. I want to experiment. I want to poke and prod and explore the new content. I especially want to make it impossible for a certain warrior I know to rub his invite in my face.

So I asked Twitter (and my guild): If you had a secret, WoW-related club and I wanted to join, what embarrassing/challenging/ scandalous initiation would you put me through? Some of these people are so devious, they should probably work for Blizzard.

Speaking of that: Blizzard, this is for you.

Things I’d be willing to do for a Cataclysm beta invite:

Do [Explore Northrend] on an XP locked level 1 (suggested by @EnaThe Great). I’ll go one better: I’ll do whatever the Cataclysm equivalent is in the beta if I get an invite, no mounts, ports, or summons.

Roll a female character on an RP realm, then stay in Goldshire and duel in fishing gear (this is a combo suggestion from @wowcynwise and @Ralod). I guess Moon Guard is out of the question for this particular initiation.

Reveal random personal information about myself in Trade chat with no warning or explanation (modified suggestion from @wowcynwise). I have big feet! 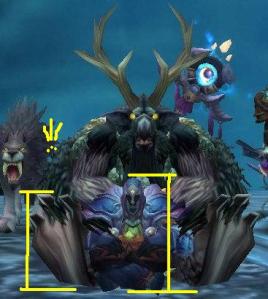 Sleep naked on a witch’s grave (suggested by Lilitu). Initiation or fetish? You decide.

Run for office (suggested by Gopherus). My platform would somehow involve fewer trolls, more gold, and cake. Lots of cake.

Okay, so running for office might turn out to be a little difficult, and I’m pretty sure my husband wouldn’t let me sleep naked on a witch’s grave (although his contribution had something to do with Bedouins on camels, covering myself in milk duds, and screaming for liberty from the state house steps), but most of the others are reasonably doable.

Here’s my deal: if, somehow, I get into beta, I will do at least 3 “initiations.” I’ll post about the experience and include plenty of screenshots.

So how about it, Blizz? Can I join?

P.S.: If you have one to add, leave it in the comments!

4 responses to “Things I Would Do For a Beta Invite”