Why I Left My Guild

I don’t think anyone cares enough to have spent a lot of time wondering about why I left Crisp, though I’m sure when it happened, my guildies probably had a few theories. I didn’t give a lot of details then and I won’t go into specifics now, but since the guild as a whole played such a huge role in this expansion for me, I feel like not talking about it as a I look back on Legion would be to leave out a big part of my xpac experience.

I don’t go into detail about my personal mental health a lot, though in the wake of the news of Kate Spade and Anthony Bourdain, I did open up about my personal experiences on Twitter recently, and I will not hesitate to share my issues if I believe it will help someone else. And yet, as it was one of the primary reasons I left my guild, we’re going to talk about it now.

I have OCD coupled with depression and anxiety. My personal feeling is that it’s all one thing, but breaking it down into its pieces makes it easier to talk about. I’ve written about some of my experience with OCD before, and those who follow me closely on Twitter have witnessed my anxiety and depression firsthand during the times when I fell apart (and, thankfully, had many helping hands to pull me back together).

As we neared the end of progression, some of the relationships I had formed in the guild were unraveling, and that coupled with my OCD and the stress of the progression itself were pushing me into an anxiety-ridden, deeply depressed state that was making real-life living difficult and being in-game almost impossible.

I went to a friend of mine to talk about it—everyone needs to have a friend like this, by the way—and he said something that stuck with me: “Amber. You deserve to be happy.” This shouldn’t be a mind-blowing revelation, right? But it was. So I started thinking about what I needed to do to be happy, and I realized that I needed to get away from my current situation. I needed to move on and make a new start. (As it turned out, I also needed medication, something I resisted for a long time but was and continues to be a huge quality-of-life improvement). And I needed time.

So I forced myself to stay on through Argus progression, both selfishly, because after wiping that many times on a boss, I wanted to kill it, and because after wiping that many times, I didn’t think leaving in the middle of progression would be a fair move for the guild, either. When Argus was over and I considered my options again, I knew leaving was the right thing. I needed to get myself back together. 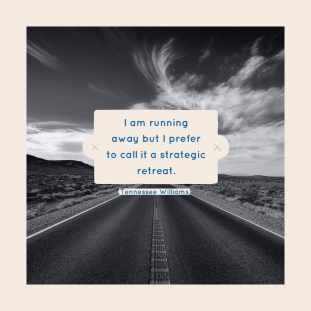 I moved to my old guild, my OLD OLD guild, the first raiding guild I ever joined. I was in the guild for 7 or 8 years; they are family, and as soon as I told them I needed somewhere to be at peace, they opened their arms and welcomed me back.

It’s been exactly what I needed. I loved Crisp; you’ll be hard-pressed to find a better group of people to hang out with (and I’m sure they’re recruiting, so if you’re looking for a mythic raiding guild for BfA, I recommend them!), and had things been different, I probably would’ve stayed there indefinitely. But I did what I had to do to be okay, and that has to take priority.

The honest answer is: I have absolutely no idea. Within a week of leaving Crisp, I ended up in the hospital with a persistent infection that I’m unfortunately still fighting. It’s fatiguing, but I’m leaving it in the hands of my dedicated (if somewhat perplexed) surgeon.

Unfortunately, all of that combined–the anxiety, depression, and illness–have made being social extremely difficult. I’ve gone into absolute full turtle mode. Outside of Twitter, I barely speak to anyone. I’ve been appearing offline in WoW and Discord for a few months, and the last time I turned it on, I got a bunch of whispers and immediately turned it back off. If you’ve DM’d me or whispered me and I’ve ignored you, please don’t take it personally. It’s not that I don’t love you guys, I just don’t have the spoons right now.

As for BfA? I’m sure at some point I’ll want to be back into mythic progression and that will mean finding a new guild, something that kind of exhausts me to think about.

For now, I’m happy doing what I’m doing, which is mostly mythic+, chasing professions and achievements and mage tower appearances, and leveling in beta. And spending an unhealthy amount of time in Sims 4. No, really, what is it with that game?

Whatever comes next, I guess we’ll see.