Why I Don’t Like You, And Probably Never Will

UPDATE: There’s been a meeting of the minds, so to speak, and our guild and the guild that is the subject of this post (and the myriad comments below) has reached an agreement. Good grief, I sound like I’m writing some kind of political release.

Fahget about it. We’re starting over, clean slate. Nothing to see here, move along.

For weeks, I’ve been telling my guildies not to feed the trolls, and (for the most part), they’ve been great. Here I go ruining it, because I have a big bag of troll food, and I’ve got to use it up before it goes stale.

So this is an open letter to whom it may concern:

It’s one thing to win, and the truth is, I don’t fault you for being first. I’m not all that jealous of your progression or gear. See, our guild never set out to be first. We were (mostly) content to do the best we could do, which sometimes was great and sometimes wasn’t.

We got a new team at the helm with some new ideas about raiding, and we got a little better. A little more consistent, a little more focused, a little more driven. That, combined with the server we’ve called home for nearly 10 years now crumbling into pieces as guilds drifted away, transferred servers, or just collapsed completely, resulted in us being in the number one position. It was cool, but we didn’t stop being, well; us.

If you think my dislike comes from a place of jealousy, I’m afraid that’s your pride getting the better of you. If you had arrived on our server and taken the lead graciously, we’d probably get along extremely well. In fact, I’d probably look up to you and encourage our raiders to take notes from yours. We’d still be driven to try to keep up with you, no question, but I imagine I would think you were pretty cool.

Instead, I watched as you easily took over the 10-man progression slot and immediately started giving crap to the only 10-man group that was, at the time, actively pursuing heroics.

Why? What did putting them down do for you?

Then it was Challenge Modes, and again, you circled around those players with the previous bests like vultures, ripping on them whenever the opportunity arose. I knew as soon as I heard that we would be next.

See, I knew you guys would probably catch up and overtake us, and I knew the minute it happened that the silence would break. You wouldn’t sit around watching our players at the dummies anymore, you’d have to say something.

And, unfortunately, I wasn’t the least bit wrong about that. The day after you took the lead in progression, your members immediately started in, trolling and mocking ours as they waited outside the instance on raid night or stood in the Shrine. It made me angry, not because you had passed us in progression, but because you felt the need to turn around and try to make my friends feel like crap about it.

So I asked them to maintain the silence; to take the trolling in stride. There were some–interesting–ways my guildies took this request, but by and large, they did as I asked. 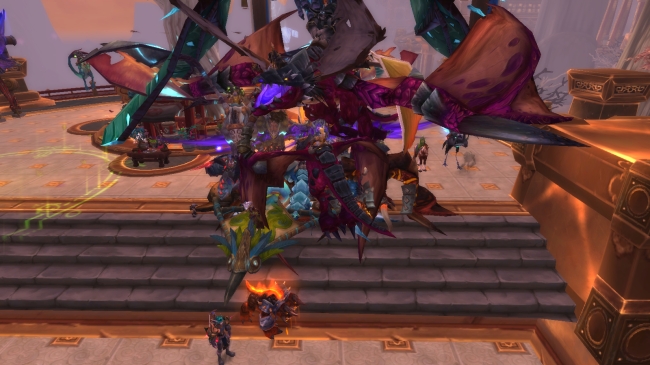 And yet it continues. Maybe you think you’re just being funny, but that’s not the way it comes across. So no, I don’t like you, and I probably never will.

I’ve been on the internet long enough to know the responses to this post, so in an effort to save your time, I’m going to list them below and you just circle the ones that apply to your reply:

B. You’re being stupid.

C. If you don’t want to hear crap, then get better.

And maybe it’s true, maybe I do take it too seriously, too personally–but I only do because people like my husband and some of my friends do, too. I’m protective of them, and I don’t like to see them feeling frustrated because you decided it’s your job to remind them that you’re first and we’re not.

Well, congratulations, but there are different kinds of winners.

28 responses to “Why I Don’t Like You, And Probably Never Will”