Diablo III & Why I Play Alone

I am not a Diablo fangirl (at least, not yet). Before the Annual Pass, I never even considered playing, and I still have played more WoW than Diablo in the hours since its release (admittedly, some of that is because the Diablo servers were sketchy).

However, Diablo’s launch and my two-footed leap into it has brought some things to my attention about the way I play the games I play–specifically, how I often prefer to play alone even in socially-oriented games. 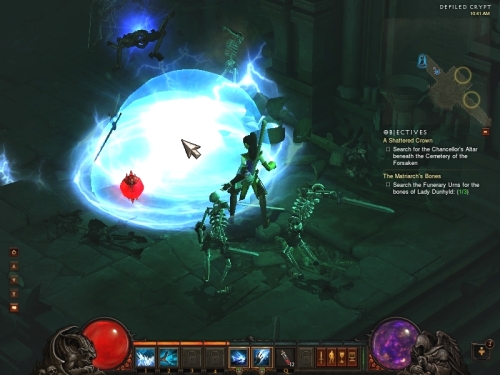 A wizard did it.

On Tuesday, our guild forums exploded with battle tags–everyone wanted to play Diablo III together, and who could blame them? You certainly get a lot further in the game playing in parties (if I understand it all correctly).

I did not surrender my battle tag, and I do not have “Quick Join” enabled. I want to play alone.

The same is true for me when leveling in WoW. I can’t stand to level with other people. I hate grouping for quests unless absolutely necessary. This might sound kind of harsh, but it’s just the way I operate. If I’m trying to blast through leveling, I don’t want to be slowed down. If I’m trying to take my time, I don’t want to feel pressured to speed up. If I want to explore one quest hub and skip another, I want to be able to do that without having to ask if it’s okay. 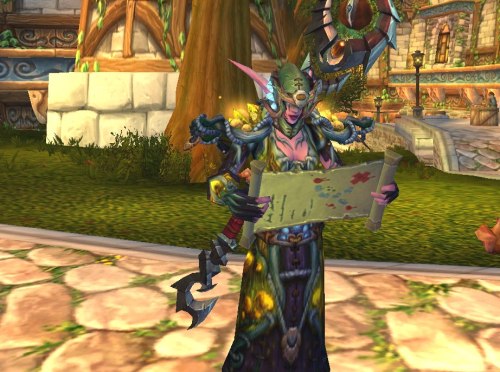 Most of this is my problem–I’m aware of and comfortable with that. I have an overwhelming desire to please people. The better I know the person, the more I want to please them. This often results in me setting aside the things I want in order to appease someone else. It’s not healthy (I promise I’m working on it), but this is how it is. This means that when I group with someone, I get annoyed when I don’t get to do what I want to do, even though it’s my fault for not being more assertive. Head trip, right?

The other part of it is much less complicated: sometimes I just like to do things on my own.

I’m working on learning to say “no.” For now, that starts with, “No, I don’t want to play with you right now. Maybe another time.”

20 responses to “Diablo III & Why I Play Alone”