5 Tips for Every Raider

“Five Things” returns with a post inspired by my GM (/RL/Overlord), Boomslang.

I’ve touched on similar topics before, like applying to and impressing your guild, but this is going to focus specifically on raiders. There are different classes, different roles, different buffs and rotations and responsibilities, but there are some things all raiders need to do. 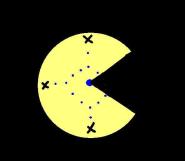 Best. Edit. Ever. Thanks, Goph.

1. Learn the Strat. If you raid regularly with your guild, you know which bosses are progression. You know which bosses you’re comfortable with and which still give you trouble. It’s your responsibility to learn everything you can about these fights and your role in them. Chances are, someone in your guild has posted links to boss strategies and videos in your forums, but if not, there are lots of websites out there with guides and videos.

Not only can you learn the basic boss strat, there’s also usually information out there about how you can maximize your class’s or spec’s performance on the boss in question. Look for “<insert class here> POV” videos to see how other people playing your class are doing the fight.

If you don’t run with a guild, it’s still worth learning the basic strategies for PuGs or LFR; believe me, your group will appreciate it. This goes doubly for LFR tanks.

2. Show Up (or notify!). If you commit to raid, it’s like an appointment or a date. Hopefully you wouldn’t assure your boss or significant other that you will be there at a certain time and then not show up, so don’t do that to your fellow raiders.  Sometimes real life happens. If something gets in the way of you making it to your raid on time, let someone know if you can through an in-game message or a post on your guild forums.

If it’s a short-notice emergency, at least touch base with your raid leader afterwards. “Sorry I didn’t make it to the raid; we lost power for 4 hours because a giant ninja panda karate kicked down the power plant,” is fine (as long as it’s true…).

3. Know Your Class. Some guilds are going to require you to perform at your absolute A-Game best. Some aren’t. But pretty much every raid you go to you are going to be expected to play your class appropriately. You might not know everything yet or you might not have figured out how to execute everything perfectly (and that’s okay), but you need to have an understanding of your basic stats, rotations, gear choices, and utilities.

If you want to be an okay raider, you can stop there. As long as you’re fulfilling your role adequately, you’ll probably be fine, at least for a while. But if you want to be a good raider, keep learning. Don’t get too satisfied. Find out how to maximize your dps, how to use your cooldowns in each boss fight to maximize your survivability, or how to conserve mana while still keeping the raid or tanks alive.

4. Know the Loot Rules. It seems so minor, but I’ve seen more outbursts over loot than probably anything else in the game. If you’re raiding with a guild, chances are they’ve posted the loot rules somewhere. If you can’t find them, ask someone! If you know how the loot’s going to work before you ever get started, there won’t be any surprises.

If you’re running with a PuG or have been picked up to supplement someone else’s guild, clarify the loot rules beforehand. Open rolls? Is anything reserved? Is it okay to hit “disenchant?” Save everyone some drama and find out.

5. Be a Team Player. It sounds trite, but trite doesn’t mean untrue. You are one of 10 or one of 25 raiders. If you could solo the bosses, you would, but you can’t. Be respectful of your fellow raiders. Don’t publicly insult them. Don’t act like you’re the best thing that ever happened to them. Do what you can to help them. Let them give you advice without being defensive. If you have a problem with something, go through the proper channels. Don’t stir up unnecessary drama.

TL;DR: Be the raider you want everyone else in your raid to be.

Thanks @__ashima and @aerix88 for suggesting Noxxic and Manaflask (and the other sites you mentioned!). Our guild resource guide is coming along nicely. ❤

Filed under Blogstuff, Information, The Five